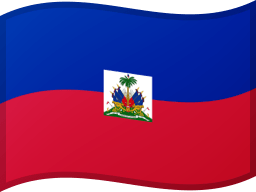 Self-taught artist Patricia Brintle was born in Haiti and immigrated to the United States in 1964. Although she has made the U.S. her residence, her colorful style reflects her native land. Her works on the Holocaust are on permanent display at the Holocaust Center of Temple Judea in New York and are used as teaching tools for visitors. One of her religious works, The First Mother, travelled with the Black Madonna Exhibit which made its debut at the famed National Museum of Catholic Art and History in New York and toured museums throughout the United States. She also has a painting that hangs in the permanent collection of Albert Schweitzer Institute in Hamden, Connecticut and her images have been published in both secular and religious periodicals.