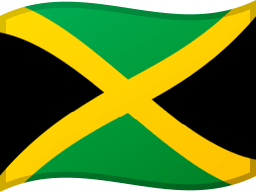 Bernard Hoyes lives and works in Palm Springs, California. However, his career in art began at an early age in Kingston, Jamaica when he enrolled at The Institute of Jamaica, Junior Art Center. At fifteen years old he moved to New York City to continue his academic and artistic endeavors. Classes at the Art Students League introduced him to the art scene in N.Y.C. After, he continued his studies at Vermont Academy, in Saxton River, VT and in 1974, he received a B.F.A. in Painting from California College of Arts and Crafts in Oakland.  Hoyes is particularly known for a body of work that recalls his Afro-Caribbean roots, specifically the rituals of African Spirituality and Christianity. This body of work has earned him multiple awards of excellence internationally. Hoyes has participated in numerous solo and group exhibitions across the globe. He has created murals in the inner city of Los Angeles, CA, has curated exhibitions and served on the board of the Museum of African American Art in Los Angeles. His works have been featured in numerous television and film productions, as well as collected internationally.