Alexandre Kyungu Mwilambwe (born in 1992, Kinshasa D.R.Congo) He lives and works in Kinshasa, Democratic Republic of Congo. He studied art at the Academy of Fine Arts in Kinshasa. He is co-founder of the group Vision Total (vi.to) and works in collaboration with Kin Art Studio (KAS). Alexandre Kyungu has participated in several group exhibitions and artist residencies in his country and abroad, to name but a few: In 2020, he recently presented his work in a group show ”Art Off-Screen” organized by Eileen Jeng Lynch, curator of visual arts at Wave Hill in New York. In 2020, he participated in a group show ”Africa Art Auction” organized by Atim Annette Oton (Calabar Gallery) in New York. In March 2020 his work was included in a group show ” Doors, Eyes and Marks tribal” at AKKAProject Gallery in Dubai. In 2020, he participated in a group show “trajectory”organized by Charlotte Kotik and William Corwin (Five Myles gallery) in Brooklyn and in the same year he presented his work in the international Biennale of Congo “transition” in Kinshasa, organized by Kin Art Studio. In 2019, his work was included in the art fair AKAA Paris by Gallery Angalia. Alexandre Kyungu has participated in numerous residencies: in 2019 at Art OMI in New York and at Bag Factory studio artist in Johannesburg organized by Pro Helvetia. In 2018 Artist in Residence in Basel Atelier Mondial (Switzerland) organized by Pro Helvetia and at the Bloc des Artistes in Cosenza in Italy. Alexandre Kyunguis an artist whose work explores the imaginary between mapping and scarification of the body. He combines painting, drawing, sculpture and installation in his practice as an artist. However, his work explores all ideas of migration and identity, borders and space, signs and symbols. His art practice focuses on issues related to urban space, exploring parallels between urban mapping and body scarification. The medium of choice is the “door”, which he attributes to being synonymous with openness, encounter and discovery in an increasingly universal society. His work functions as a “cartographic essay” in which he attempts to construct a new and global world while merging and juxtaposing maps of different cities and the scarification of the body. It is away for him to question identity, the city and its cartography, to erase borders between peoples and to give birth to a unique territory in the imaginary space of his work 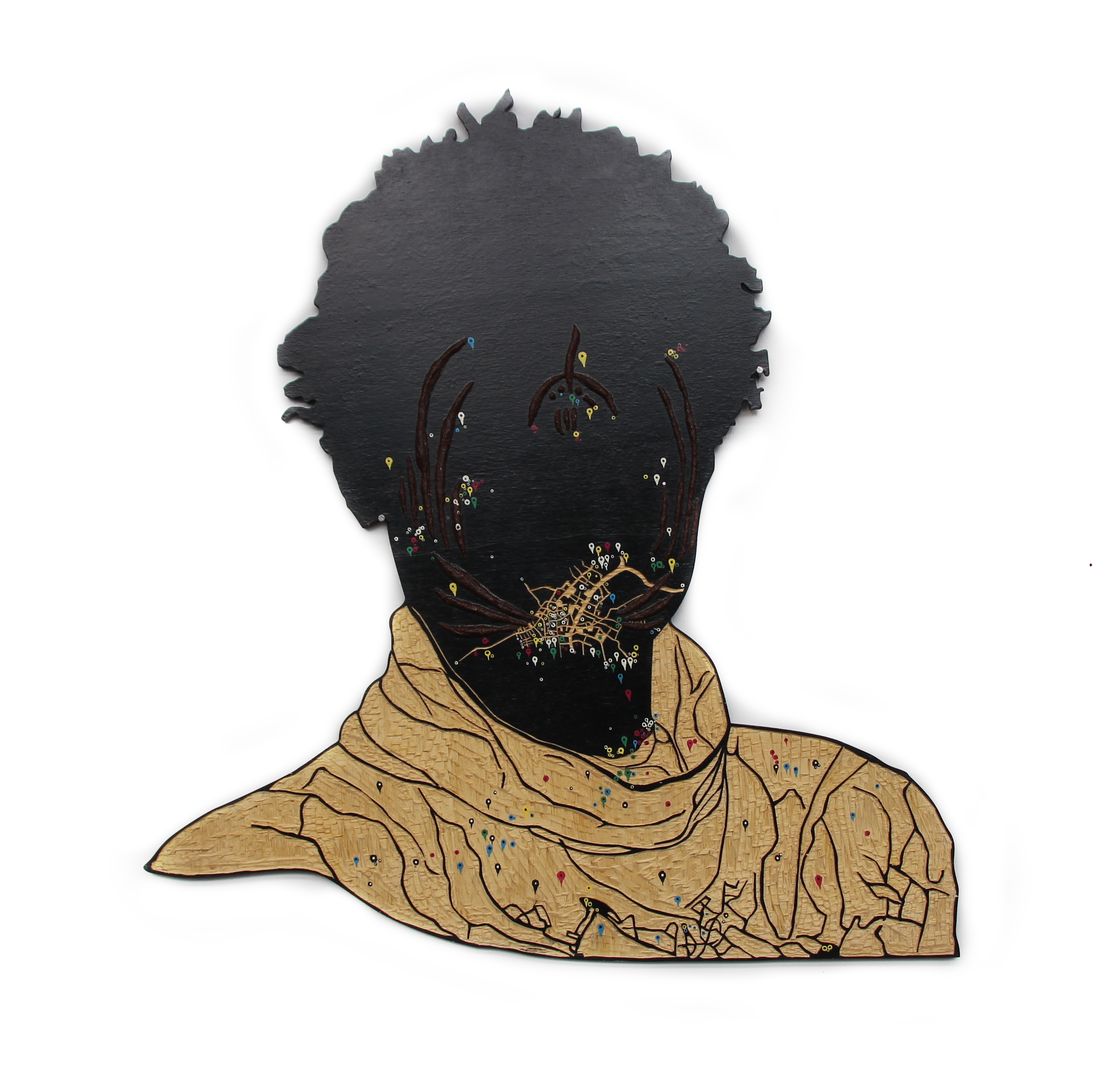 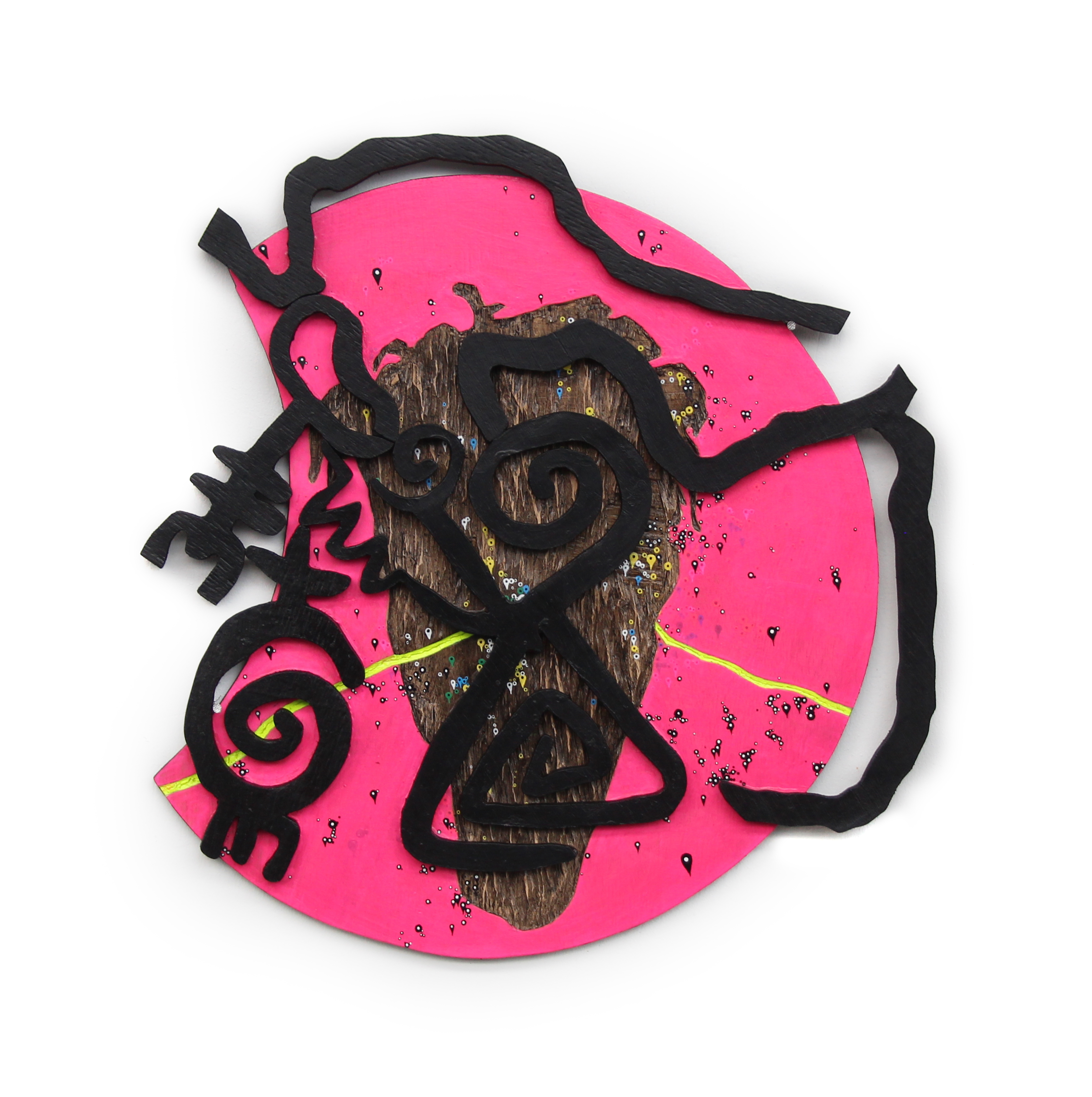 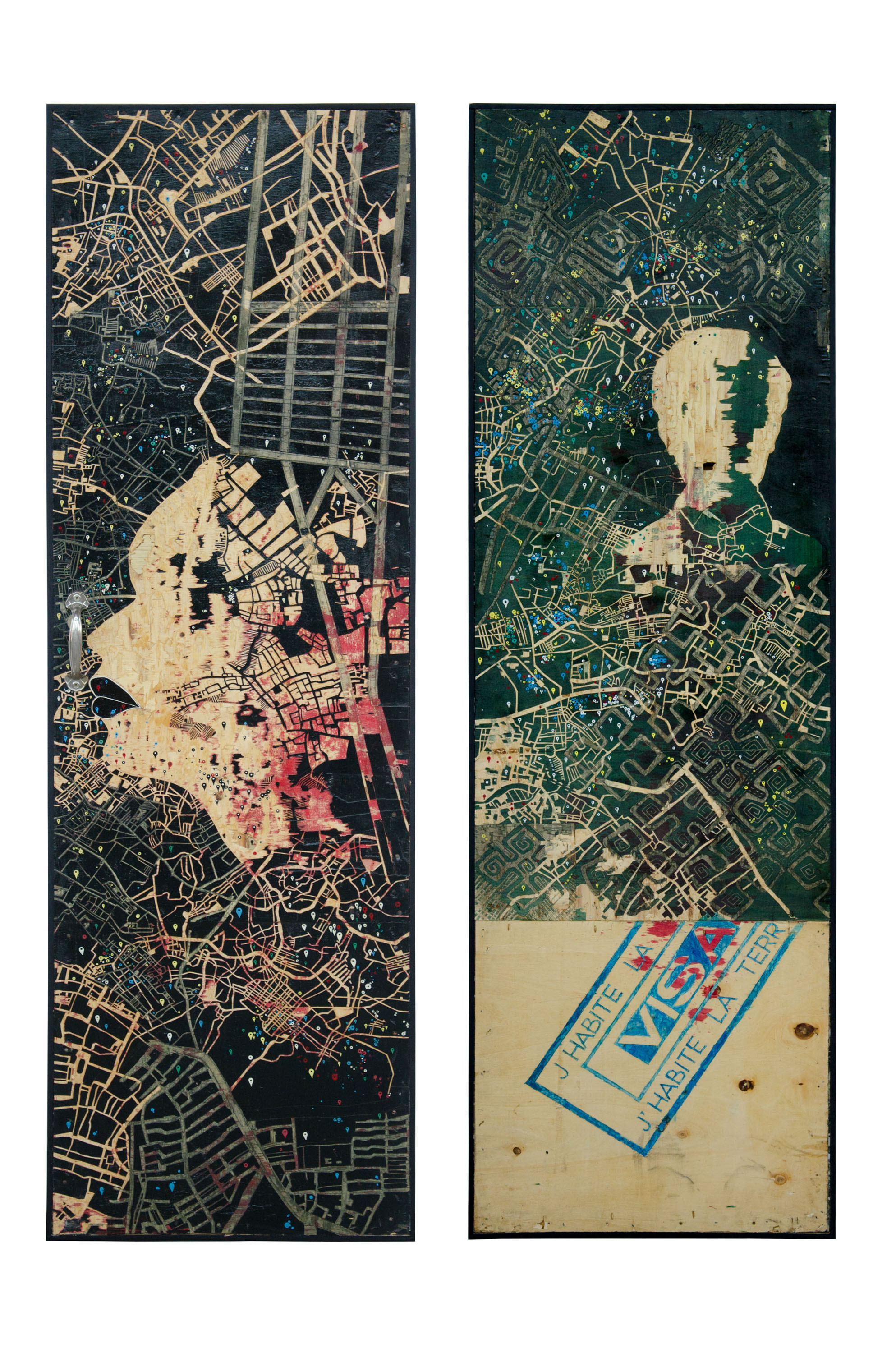 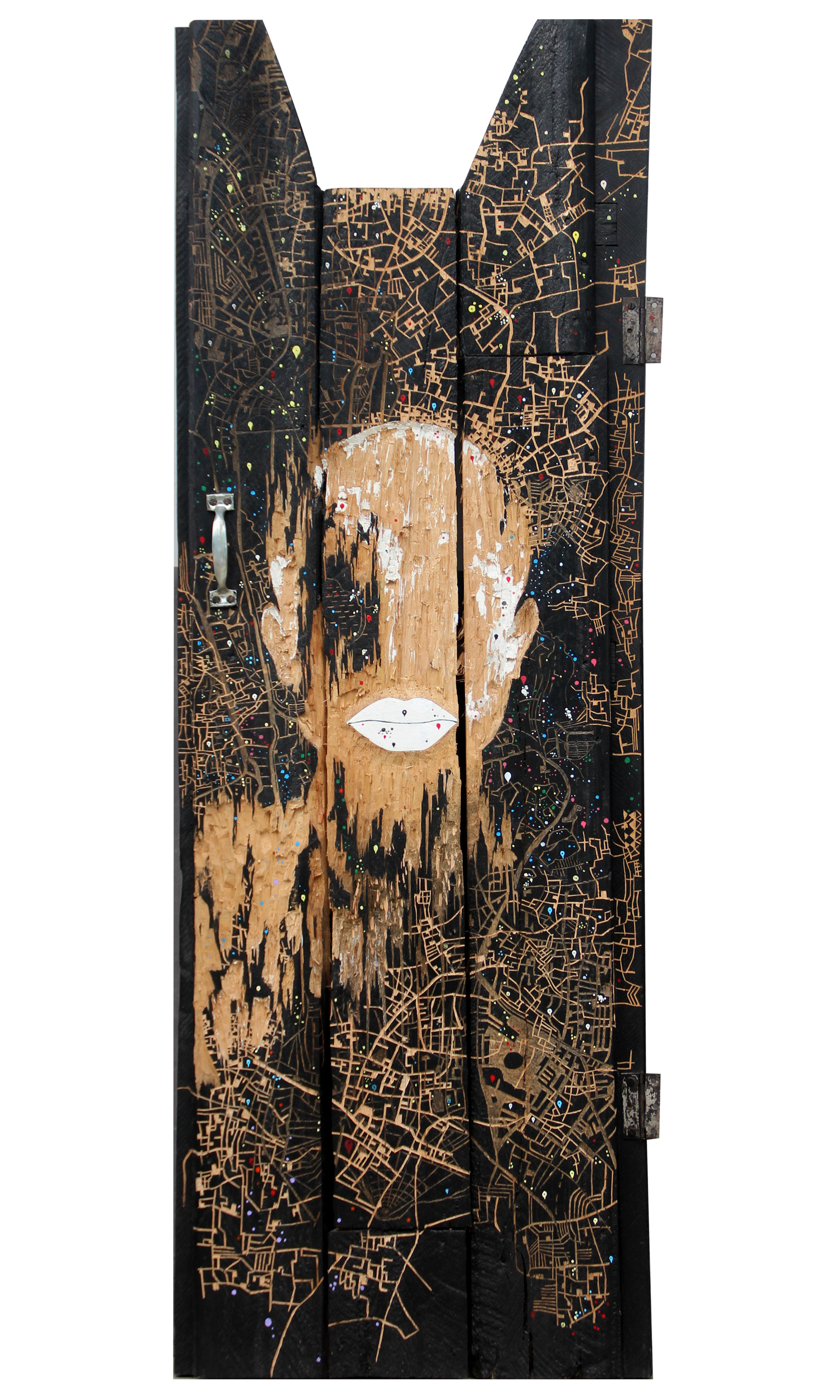 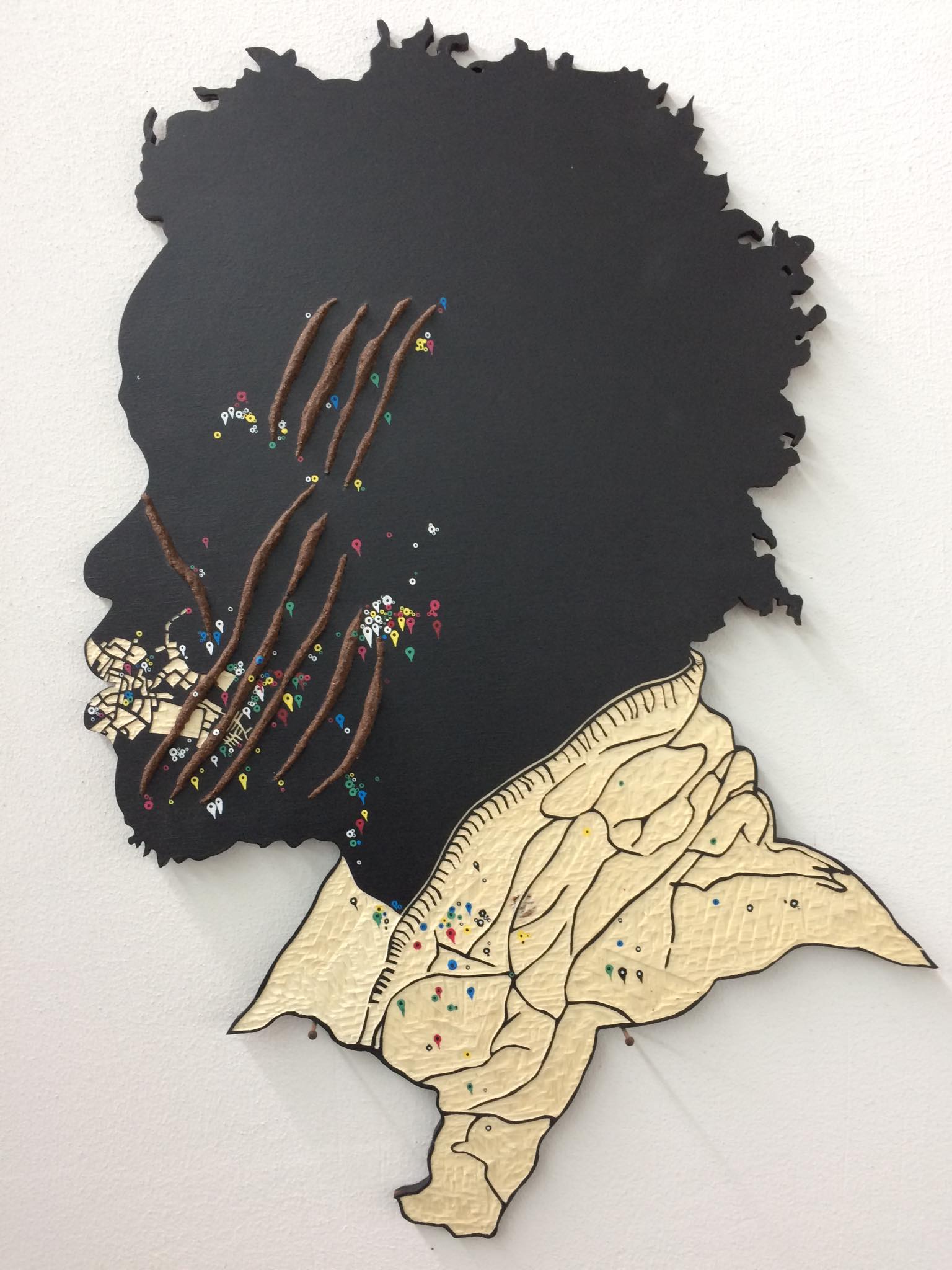