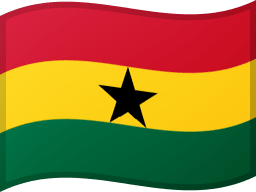 TAFA is an award-winning painter whose work is exhibited and collected internationally. His style is characterized by a richly vivid palette and heavily textured surface. He obtained a BFA degree from the College of Art, Kwame Nkrumah University of Science and Technology in Ghana. He currently lives in Harlem, New York. TAFA was named 2010 Sport Artist of the Year by the American Sport Art Museum and Archives. TAFA’s paintings have been celebrated and exhibited in galleries, educational and cultural institutions in the US, Japan, Europe, and Africa. His work may be found in numerous permanent public and private collections, including the Superior Court of Washington, D.C, Barclays Bank, Sparrow Hospital in Michigan, Shell Co, Ghana’s National Museum, Carver Federal Bank, former New York City Mayor, David N. Dinkins, Bryant Gumbel and former US President Bill Clinton. “Myth, worship and ritual is what attracts me, the arena as a landscape, the athlete or player as portraiture is not what inspires me. Sport as a metaphor for life and faith fascinates me - our collective allegiance and dedication to the gods and deities of the game, the mass psychology and identification is almost prehistoric and primal. It is the mythic power of the stadium- the arena, which has become the new basilica and pyramid, synagogue and temple.” says TAFA. This myth and almost religious relevance is also captured in his paintings of marches and protestors.

René De Los Santos
Palén Obesa
Narciso Polanco
March on Lenox Ave
$ 2,500.00 USD
Block or Dunk?
$ 1,800.00 USD
Join Our Mailing List
Sign up to receive updates about our exhibitions,
online content and upcoming events.
Thank you! Your submission has been received!
Oops! Something went wrong while submitting the form.