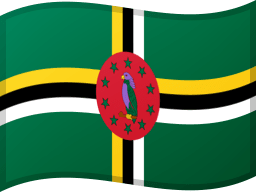 Born in Massacre, on the west coast of the island of Dominica and currently living in Mahaut, Earl Etienne received his formal training at the Jamaica School of Art now the Edna Manley School of Visual Arts. Etienne is known for his trademark technique called bouzaille or flambeau, a method of using a carbon flame to apply forms to canvas. A brilliant painter and conceptual artist; he is equally adept at capturing his culture as it manifests itself around him. Now retired to life as a full time creative he has managed to extend himself into many areas of service to his fledgling nation as a senior cultural officer, painter / coordinator of events / curator / carnival costume designer / art graphic consultant / set designer and a founding member of associations related to preservation and cultural awareness of historical and architectural heritage. His works are collected throughout the Caribbean and in many nations across the world.