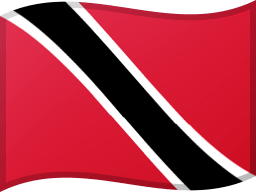 Deisha Baxam of Sangre Grande, Trinidad, has always been inspired by art and fashion. In 2010, the same year she founded her own fashion company Deisha Dare Designs, Deisha dared to launch a fashion show entitled “The Serengeti”, inspired by the theme of the Serengeti plains of Africa. This young star went even further in 2013 to represent Trinidad and Tobago in the West Indies International Festival at Canoe Bay Beach Resort, Tobago, where on the runway she displayed her costume designs which were also featured in the Trinidad Carnival Celebrations of 2014 and by the band Petlemas. No stranger to high-end fashion, Deisha has worked closely with top designers such as Fashion Dandy, Deson Ayinde Sealey, Sheldon Warner and Richard Noel, among many others. She has been able to create remarkable pieces for clients that she never thought she would be able to interact with.  Some of these are Gage Amighty (Jamaican Dancehall Artiste), Skinny Banton (Grenada), Wave Element (Barbados), White flag Entertainment, HS Productions, Fantasy Faces, Orlando Octive, Super Star Ray (Synergy), Code 202 Productions, Patrice Roberts, Dkrewe mas band, ekon Sta (Soca Artist), and SYO just to name a few.